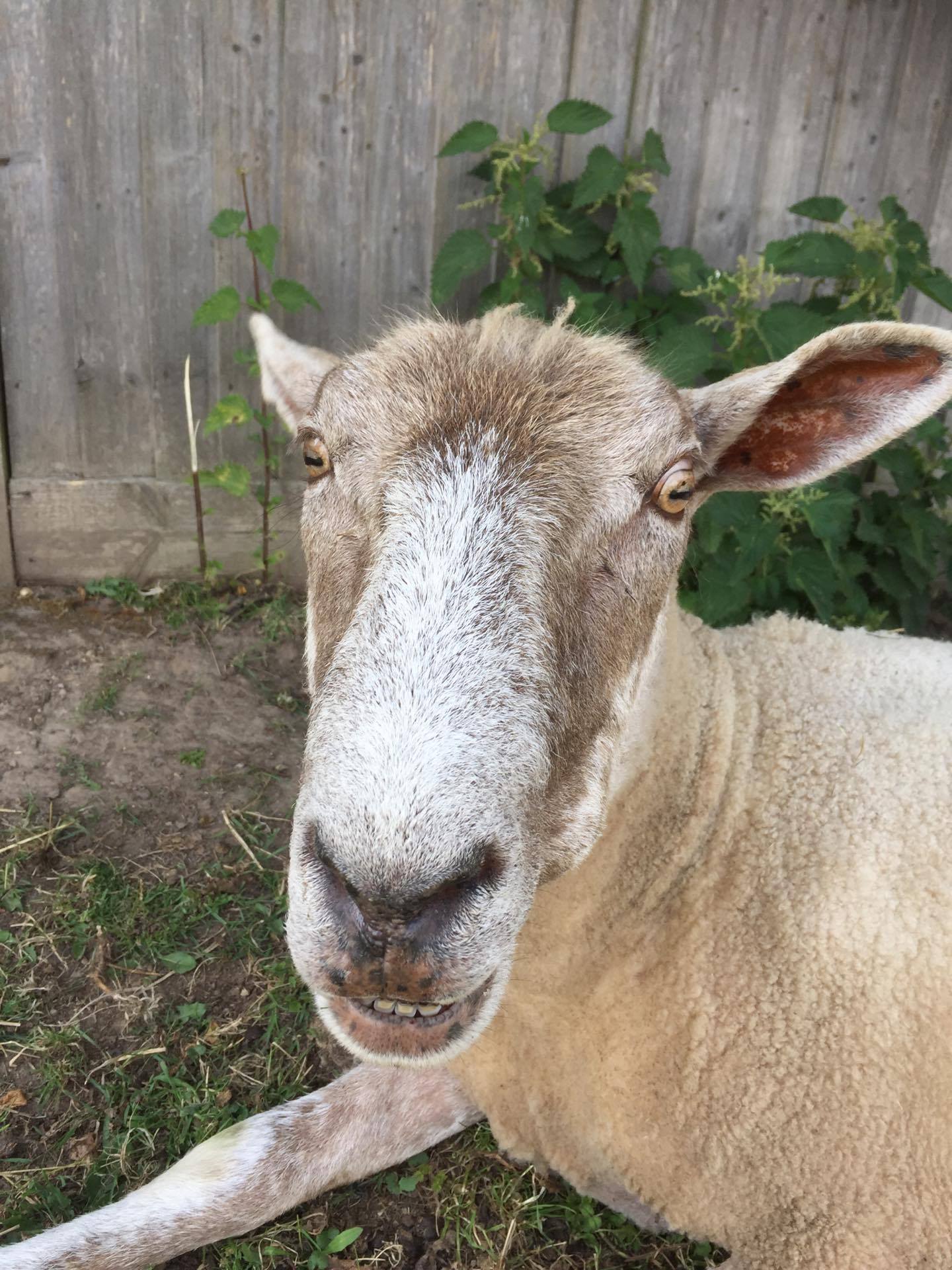 An unplanned visit to a local livestock market to experience the environment that animals are subjected to when being auctioned ended up with Sheep Ahoy purchasing two little lambs, one of which was Rolo.  Rolo was a late entry to the sock lamb auction along with his friend who we also bought.  Rolo was very subdued and frightened, hiding in the corner of the pen and ended up being the last sock lamb to be auctioned.  He was very weak and would not take a feed without help and even then it only resulted in about 10 or 20 mls being given at a time.  This prompted a trip to the vet who found Rolo to have a high temperature and, as he was severely grinding his teeth, that he was in pain from his tail banding, banding of his testicles and/or his ear tag which he kept scratching.  The vet prescribed a course of antibiotics and pain killer.  The pain killer obviously kicked in that evening as Rolo started being more active and drinking on his own from the bottle.  That was the start of his recovery at Sheep Ahoy.

Once Rolo started to be more active it became apparent that he was lame on one of his front legs and another visit to the vet found that he had an infection in one of his knee joints.  This required another course of antibiotics and pain killers and there was a general concern that he may not regain full use of the leg and be permanently lame.  Poor Rolo certainly did suffer in those early days but with lots of care and love he seems to be fully recovered with full use of his leg.

Rolo was a quiet lamb at the beginning and withdrawn but we can understand why.  The good news is that he has become much more outgoing and loves his cuddles.